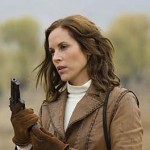 Own the Two-Disc Deluxe Edition with Digital Copy on DVD and Blu-ray™ Hi-Def for a Limited Time Only! Available on December 16, 2008 from Universal Studios Home Entertainment

“The best in the series!” — Roger Ebert, Chicago Sun Times

Universal City—The awe-inspiring adventure of the year with breathtaking visual effects is available to own on December 16, 2008 when The Mummy: Tomb of the Dragon Emperor hits store shelves in a Deluxe two-disc Edition on DVD and Blu-ray™ Hi-Def from Universal Studios Home Entertainment. The latest chapter in one of the highest-grossing film franchises of all time, The Mummy: Tomb of the Dragon Emperor includes riveting action, non-stop suspense, epic battle scenes, cinematic pyrotechnics and an international all-star cast: Brendan Fraser (Journey to the Center of the Earth), Jet Li (The Forbidden Kingdom), Michelle Yeoh (Crouching Tiger, Hidden Dragon), Maria Bello (Thank You For Smoking) and John Hannah (The Mummy, The Mummy Returns). Directed by Rob Cohen (The Fast and the Furious) and the largest production to ever shoot in China, the film’s breathtakingly epic panorama includes such diverse locales as the Great Wall, the Forbidden City and the mysterious Himalayas. Considered “the best in the series” by Roger Ebert of The Chicago Sun Times, The Mummy: Tomb of the Dragon is the perfect holiday entertainment gift.

EXCLUSIVE TO BLU-RAY HI-DEF
• U CONTROL: Universal’s exclusive signature feature, U Control puts viewers one click away from delving deeper into the making of the film without ever interrupting the movie.
o KNOW YOUR MUMMY: While watching the movie, dig deeper into The Mummy franchise and discover facts, graphics, and more mysterious connections to the first two movies.
o SCENE EXPLORER: View scenes from the film in its various progressions from storyboards and early renderings of the visual effects to the final version.
o PICTURE IN PICTURE: Access interactive cast and crew interviews and behind-the-scenes footage, all without interrupting the movie experience.
o THE DRAGON EMPEROR’S CHALLENGE: In this interactive game, players are asked to determine whether or not an event, character, object or location are fact or fiction.
o VISUAL COMMENTARY WITH DIRECTOR ROB COHEN
• BD-LIVE FEATURES: Blu-ray and Playstation 3 players with an Internet connection can access exclusive interactive applications that allow viewers to communicate with friends and family while watching the film:
o MY SCENES SHARING – Share favorite clips with your friends through the BD Live Internet connection.
o EXCLUSIVE CONTENT – Download exclusive clips, trailers, and more via the Universal BD-Live Download Center.

SYNOPSIS
Brendan Fraser returns as explorer Rick O’Connell in an epic adventure that races from the catacombs of ancient China high into the frigid Himalayas. Along with his son Alex (Luke Ford), wife Evelyn (Maria Bello) and her brother Jonathan (John Hannah), he must stop a mummy awakened from a 2,000-year-old curse from enslaving the world. Doomed by a double-crossing sorceress (Michelle Yeoh) to spend eternity in suspended animation, China’s ruthless Dragon Emperor (Jet Li) and his 10,000 warriors have lain forgotten for eons, entombed in clay as a vast, silent terra cotta army. When dashing adventurer Alex O’Connell is tricked into awakening the ruler from eternal slumber, he turns to the only people he can think of with the skill and knowledge to combat the undead: his parents. But the Emperor’s quest for world domination has only intensified during his imprisonment and, with unimaginable supernatural powers and a legion of Terra Cotta Warriors at his command, the Emperor Mummy could be an unstoppable force—unless the O’Connells can vanquish him first.

Who Will Return To The Cast For The Ferris Bueller’s Day...