As you pull up to the red brick Jamaica Plain Sam Adams brewery not much stands out.  You might actually think that you are in the wrong place but as I parked my car and looked up I saw the great Sam Adams Boston Lager logo along with about 10 or 12 Hallertau hop vines which were imported from Germany Mr. Koch told us.

I meet up with Securb and we got ready to interview one of the most influential craft brewers today.  As we made our way to the entrance of Boston Beer’s brewery we noticed a great looking beer garden outside to the left of the entrance.  The brewery was doing renovations to the facilities.  Some of the renovations to be done are creating a new store for all that breweriana, which includes shirts, glasses, and the like.  Some of the other things we noticed going on were the upgrading of the two tasting bars which were mostly finished and looked great.

So as Securb and I waited for Mr. Koch’s arrival we took in the atmosphere, the great hand carved wooden bar which was a former church pew.  The classic photos of the brewery, the vintage bottles, and pictures of the neighborhood all give you the rich history of the roots of this brewery and how far Boston Beer has come.  We were waiting for Mr. Koch, (who was weeding the hop garden, yes the founder and former CEO of Boston Beer was outside weeding his hop garden.)  Our gracious host Katie offers us a beer we took a look at the choices Sam Adams offers over 20 style of beer most on a seasonal or rotational basis but 20+ styles none the less.

Today our choices in the tasting bar were Sam Lager the flagship beer, Sam Summer the seasonal, and a test offering which was in the Berliner Weissbier style.  Both Securb and I went with the Berliner.  A little background on the Berliner Weissbier style, it is top fermented (Ale), wheat beer and lactobacillus cultures (bacteria) are added that give the acidity and tartness to the beer.  The overall beer style is very refreshing, tart, sour, with some citric lemon sharpness, and little to no hop bitterness.

We began tasting our beer when Mr. Koch walks into the room, first thing he says is hi.  Second is I need a beer, my kind of guy.  So we all begin talking and diving into the beer.  Mr. Koch then begins to go into the history of the beer and that when Napoleon conquered the German states, he and his troops were said to have loved the style and called it the “champagne of the north”.  Just as Mr. Koch was finishing the story one of the brewers Bert comes in and brings in what is traditionally added to the beer in Germany know as Himbeere (Raspberry/Red) and Waldmeister (Woodruff/Green).  The additions to the beer changed the entire profile adding that sweetness to balance the very strong tart profile.

We continued to talk with Mr. Koch about Boston Beer and the industry in general touching upon potential beer collaborations and he mentioned that Sam Adams would love to do something with an international brewer if the right situation came along.  We also discussed Boston Beer’s purchase of the old Pennsylvania brewery and the return of Sam Adams Chocolate bock which is one of my favorite beers.

Our discussion also took us to a little something to tie into the kickoff of the football season.  Sam Adams recently put together a contest to have home brewers from New England submit their recipes to be poured at Gillette stadium home of the New England Patriots this season.  The winner was from Massachusetts’s, his name is Adam Walsh’s and the winning style was a double IPA.  Mr. Koch was very proud that a double IPA was being poured at a major sporting event.  If you really think about it, this is incredible for craft beer, for around the same price point as a Macro lager you can have a tasty, well hopped, IPA for those cold New England afternoons.  An “out of the ordinary” style being exposed to the mainstream consumer doesn’t hurt either.

As I wrap up this piece, I had to add that before all this tasting started Securb handed Mr. Koch a bottle of his HIS homebrew for later or so Securb thought.  Mr. Koch breaks out Securb’s 4 year old homebrew to critique.  Let the smack talk begin, so we break out some clean Sam Adams glasses and have a taste.  I have to say that was a tasty stout and Mr. Koch and Bert enjoyed it as well.  Not everyday you can say Jim Koch tried my homebrew and said tasty.

From the time I spent with Mr. Koch I could see he has an obvious wealth of knowledge and spending the evening with him tasting beers was outstanding.  After leaving the brewery I realized just why Sam Adams is the largest craft brewer and thanks to the recent Inbev purchase of Budweiser the largest American Brewery.  It is because Mr. Koch really cares about craft beer and his consumers and is willing to experiment and bring new things to the table.  I’m about to go and crack my first Oktoberfest of the year while watching some football and I think I’ll make that Oktoberfest a Sam Adams!

Suds With Securb: Sam Adam’s Beer’s Fresh as Helles is a Crowd Pleaser 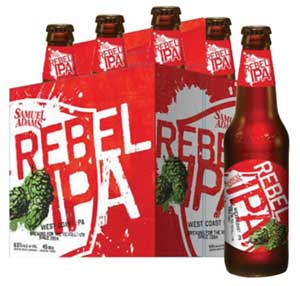