Nerf Elimination Game
It’s Monday and you’re in the office… so, undoubtedly you’re already tired of your co-workers, boss, and everything else that talks or emails you. Perhaps this week, it’s time you take it old school with a little NERF action.

Wayne’s World and Wayne’s World 2 on Blu Ray
These two classics from the early nineties are now available on blu ray disc and ready to be won by the next TMR member who can correctly guess the two MLB teams correctly.

Team up with NERF and the NFL! This licensed football is emblazoned with one of your favorite NFL teams’ emblems and colors! The special PRO GRIP texture is specially designed for easy throwing and catching! Now you can get your game on just like the pros in the NFL!

The Following Prizes were ALL awarded to ChrisH for his correct week 21 entry:

Nerf N-Strike Vulcan EBF-25 Blaster:
Be ready for any battle with the N-STRIKE VULCAN EBF-25 blaster – an awesome, fully automatic dart cannon! Watch as the belt feeds automatically through the blaster, letting the barrage of firepower continue as you battle your opponent. The piston-powered internal launching system makes it an unstoppable force! The removable tripod folds for easy transport or a quick escape from enemy fire! Even your toughest opponent won¿t know what hit him when you unleash the power of the N-STRIKE VULCAN EBF-25 blaster! Blaster comes with ammo box, folding tripod, 25-dart belt and 25 SONIC MICRO DARTS ammo and instructions.
.

Terminator 2: Judgment Day (Skynet Edition) (Blu-ray) Arnold Schwarzenegger returns as “The Terminator” in this explosive action-adventure spectacle. Now he’s one of the good guys, sent back in time to protect John Connor, the boy destined to lead the freedom fighters of the future. Linda Hamilton reprises her role as Sarah Connor, John’s mother, a quintessential survivor who has been institutionalized for her warning of the nuclear holocaustshe knows is inevitable. Together, the threesome must find a way to stop the ultimate enemy – the T-1000, the most lethal Terminator ever created. Co- written, produced and directed by James Cameron (“The Terminator”, “Aliens”, “Titanic”), this visual tour de force is also a touching human story ofsurvival.
.

The Red Rocks Amphitheatre in Colorado – a legendary venue that has been graced by rock luminaries from The Beatles to U2 – provides the awe-inspiring backdrop for Rob Thomas in one of the most memorable stops on his “Something To Be Tour.” Featuring the multi-platinum recording artist performing 18 hits from his solo career and Matchbox Twenty, this incredible set also includes a special acoustic arrangement of “Smooth” and a cover of the David Bowie classic “Let’s Dance.”

The Following Prizes were ALL awarded to CardsRule for his correct week 13 entry:
.

Coghlan’s Cooler Light:
The Coghlan Cooler Light lights up your cooler at night… just like your fridge light! The light is designed to turn on when the lid is opened and to turn off when the cooler lid is closed. The cooler light will shut off automatically after 20 seconds regardless if the lid is shut completely. Great for coolers, toolboxes and tackleboxes.
.
Batteries ARE included with this prize.
.

NERF Elimination Game:
Bring the dart battle anywhere at any time with the NERF ELIMINATION Game. Be the first to track your target, but be on the lookout! In the game of ELIMINATION, someone else is always on your trail! Grab onto your NERF ELIMINATION BLASTER. This palm-sized blaster shoots whistling darts at your target. Keep one dart locked and loaded. The other can be stored in the blaster’s handle for quick reloading. It’s the ultimate game of stealth dart combat and it’s up to you to be sneaky, or be eliminated!
.

Seth MacFarlane’s Cavalcade of Cartoon Comedy DVD: From the creator of Family Guy and the co-creator of American Dad! Comes a brand-new animated series of pop culture parodies, skewered stories, and fabulously filthy fun nuggets. Uncensored, uninhibited and unbelievably hilarious, Seth MacFarlane’s Cavalcade of Cartoon Comedy is brimming with the kind of raunchy, twisted humor you can’t see on television no matter how hard you try.
.

.
The Following Prizes were ALL awarded to CooperTownBound21 for his correct week 7 entry:
.

.
Nerf N-Force Sword:
This awesome performance-based sword at 32 inches in length is molded with EVA foam and inner core for durability. Arm yourself for the ultimate battle experience with this durable foam sword… perfect for active play.
.
.
.

AND…
.
STATUS: No Winner! Prize Rolls over! 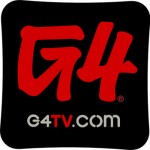 BEYOND RACE is the authoritative voice for cutting edge music and entertainment that appeals to the socially conscious, progressive minded individual. As a fast growing media brand with a reputation for spotlighting the trendsetters in our society, BEYOND RACE has evolved into the premier publication for groundbreaking music and culture.
.

Kelsyus Original Canopy Chair
It’s just not comfortable and practical its ingenious. With one simple motion, the canopy lifts easily to convert the familiar quad style chair to your own personal oasis. Then the cleverly designed waterproof canopy becomes the bag, with two padded shoulder straps, making it easy to carry. This unique patent pending, fully integrated design means no flimsy carriers to assemble or lose.
.

Indy Comic Spotlight: Above the Clouds by Melissa Pagluica