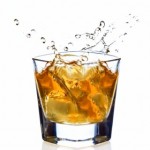 Second edition of Mariage Collection includes 19- and 10-year-old bourbons. Four Roses Distillery will release the second in a series of limited edition, small batch bourbons this month at the 2009 Kentucky Bourbon Festival.

Four Roses is the only distillery that combines five proprietary yeast strains with two separate mashbills to produce 10 distinct bourbon recipes, each with its own unique character.

With nearly 43 years in the bourbon industry, Rutledge said he is excited about this year’s selection. “Four Roses has the ability to select two, or more, of our ten unique recipes for this special annual bourbon,” said Rutledge. “It’s not often a bourbon is aged to perfection at 19 years, but this year’s edition is an exception. This is a special occasion and we look forward to sharing it.”

Robust, fruity aromas of ripened cherries and rich pipe tobacco combined with hints of lemon citrus and dried oak help to define this edition in the Mariage Collection. On the palate, suggestions of ripe fruit and allspice emerge with evidence of a smooth caramel and toffee finish.

Bottled at barrel strength and not chill filtered, the distillery will distribute approximately 3,500 bottles of this limited-edition bourbon to markets where Four Roses is currently available.

Last September marked the initial release of the Mariage Collection – which plays off the word “marriage,” and honors the day Four Roses founder Paul Jones Jr. proposed to a beautiful Southern belle.

The Southern belle replied that if her answer were “yes,” she would wear a corsage of four roses to the upcoming ball. When she arrived at the ball, she wore a corsage of four red roses, and Jones later named his bourbon “Four Roses” as a symbol of his passion for her and to honor the special occasion.

Dude Shows You How To Get Drunk Without Drinking! (Video)