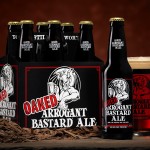 Footballs are floating through the air. Leaves are dancing across the front lawn. Fall is knocking at the door. The temperatures are dropping and clothing gets thicker, still we are not yet ready hideaway indoors just yet.

Grills are still burning and beer is still pouring especially in the parking lots of the nation. It is tailgate season which coincides with the release of some great fall beers. Beers that go great with your fall BBQ or your day long Sunday NFL drinking sessions.

So without further delay here they are the 10 beers you must drink this fall.

10.) Spoetzl Brewery – Shiner Bock: Whenever I visit Texas I get my fill of Shiner Bock. Texas; the home of Friday Night Lights, Texas A&M and the felon filled hall of fame of The Dallas Cowboys. I cannot talk about beer and football in good conscious without mentioning Shiner. When looking at traditional American beers Shiner has a bit more favor and body than it’s peers.

9.) Rogue Ales – Dead Guy Ale: Throwing some babybacks on the grill? This is the beer you want to pair them with. This American beauty is in the style of a German Maibock. There is a nice malt presence. The hops give a spiciness that pair well with a bolder BBQ sauce like Open Pit.

8.) Allagash Brewing Company – Allagash Four: I always have a bottle of this beer on hand among other Allagash beers stored in the cellar. This classic offering from Allagash will only get better with time in the basement. Brewed with a basic concept in mind, this beer is brewed with four hop strains, for malts and four different types of sugar. The beer is also fermented 4 times allowing the yeast to kick the beer up to 10% ABV. This beer is perfect for a chilly fall night around the fire pit. It’s caged corked presentation will class up any romantic night in front of the fire.

7.) Oskar Blues Brewery – Old Chubb Scotch Ale: I first encountered Old Chubb in a filthy liquor store in down town Denver. I bought Old Chubb as a goof; a Scotch Ale in a can? There was no way this beer could be good. How wrong I was. This 8% ABV malt bomb in a can is the obvious choice for venues that don’t allow bottles. It’s convince and portability is not the only great atribut this beer has. The flavor is fantastic Old Chubb has a touch of smoke that works great with grilled Italian sausage or smoked brats on the grill. The for mentioned 8% ABV will also help fight of the fall chill.

6.) Yuengling – Yuengling Traditional Lager: Please Yuengling tell us one more time. “Yuengling is the oldest brewery in America”. I have to include Yuengling for one reason. They have regional branding. When tailgating anywhere in America the parking lots are filled with the usual suspects in cans. That is anywhere except the Lincoln Financial Field. As you navigate the parking lot of the Linc you know you are in Yuengling country. This Philly favorite is a well balance lager and is perfect for washing down a burger or a dog.

5.) Great Divide Brewing – Hoss: This rye lager has a unique spiciness that dances with the malts in the bottle in perfect harmony. This is a session beer among session beers. This beer stands up to your buffalo wings and chili drenched nachos without getting lost in the flavors. Hoss is an ideal utility beer great for every fall application.

4.) New Belgium – Hoptober: This is a great study of grains. The barley, rye and wheat give a wonderful nose to this beer. This golden ale has citrus notes and fruit esters that work well with grilled tuna or shrimp on the barbie. Don’t be afraid to add a bit of wusabi to the tuna at 40 IBUs this beer is hoppy enough to stand up to a bit of spiciness.

3.) Dogfish Head – Punkin Ale: As I have stated before the big difference in Pumpkin beers is the base beer the Pumpkin is added to differ with each brewery. With Dogfish Head they start off with a full-bodied brown ale. This gives the pumpkin and the spices a great base to build upon. The brown sugar and spices play off of the maltiness of the beer perfectly.

2.) Boston Brewing Company – Sam Adams Octoberfest: This is one of my favorite marzens. This beer has a great malty backbone and has a sweetness that goes great with fall deserts. Was down some apple or pumpkin pie with one of these great beers you wont be sorry you did. If you are yet to try an Octoberfest or Marzen start with this one; it is a spot on interpretation of the style.

1.) Stone Brewing Company – Oaked Arrogant Bastard Ale: Our Editor In Chief handed me an Oaked Arrogant Bastard Ale and a brat, egg and cheese samich during a cold fall morning in the Linc parking lot before an Eagles\Dolphins game. Right then it became clear how perfect this beer is for tailgating. The oak played of the cooked brat and the malt played into the sweetness and creaminess of the cheese. Oaked Arrogant Bastard Ale  has just enough carbonation to wash the melted cheese and egg off of the palate; without being fizzy or yellow. At 7.2 ABV it had enough alcohol to keep the chill at bay on a frigid October morning.

That is my ten I could go on and on there are a ton of other Octoberfests, Marzens and Pumpkin beers I will be drinking over the next few months. That being said these beers are the 10 that will be taking up the most real estate in my fridge. 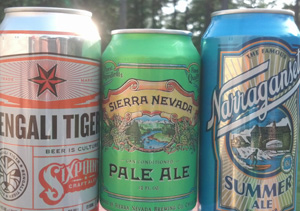 Suds with Securb: 9.5 Cans of Beer You MUST Drink this Summer

Suds With Securb: What Evil Empire?