It has been a long baseball season, made a bit longer by the Tigers-Twins one game playoff that had no end.

The Philadelphia Phillies led the National League East for much of the year, leaving little doubt that they would take the division. The same can be said for the St. Louis Cardinals who completely dominated the Central Division the entire second half of the year. The West, however, was a little dicey.

First we didn’t know who was going to win the Wild Card, then when the Colorado Rockies became the last team to lock up a spot in the playoffs, we didn’t know until the last day of the season whether the Rockies or the LA Dodgers were going to win the division because the Rockies kept winning and the Dodgers kept losing. The Dodgers finally ended up winning division the last day of the season. Very exciting stuff.

The defending World Champion Philadelphia Phillies will take on the NL Wild Card winning Colorado Rockies starting on Wednesday afternoon. The Phillies will start with new staff ace Cliff Lee, who has gone an uncharacteristic 2-3 with a 5.45 ERA in his last 6 starts since September 1st.

In game 2, the Phillies will send out last year’s NLCS and World Series MVP Cole Hamels. Hamels had a bit of a drop-off this season after his 14-10, 3.09 ERA season last year. This year, he went 10-11 with a 4.32 ERA, over a run higher allowed. Still, you can’t take away his dominance in last season’s post-season where in six games he went 4-1 with a 2.16 ERA and 37 Ks. The Phillies are hoping that Hamels shows some of that Post-Season magic again as they try to become the first NL team since the ’76 Reds to repeat.

The Rockies are formidable in their own right, just not as much. They have the ever present Troy Tulowitski, who is always in the middle of every highlight reel. Tulo led the Rockies in HR (32), RBI (92), Runs (101, 8th in NL)), and OPS (.930). If he’s not crushing the ball, then the face of the franchise, Todd Helton, is slapping it to one part of the field or another. Helton, who never seems to age, finished the season with the fourth highest average in the NL this year (.325) and the third highest OBP (.416). He’s batted .381 against the Phillies throughout his career.

All of the above is well and good, but here is where this series is going to make or break, for both teams: the bullpen. For the Phillies, Brad Lidge’s problems this season have been well-documented. After going a perfect 48-for48 last year, he has blown a major league high 11 saves this season. Manager Charlie Manual has somehow still put him out there on occasion, mixing it up with Ryan Madsen. The biggest problem, if Madsen pitches the 9th, who pitches the 8th? Clearly, just like in 2006 after he gave up the monster HR to Albert Pujols in the 2005 NLCS, Brad Lidge has lost his confidence. He needs to find a way to get it back. Manual cannot continue to put him in huge pressure situations hoping that he finds it. It’s a sure recipe for disaster.

The Rockies have their own closer problems. They have Huston Street, and after all of his elbow problems the past few years, he’s below average at best. But, he is coming into the playoffs with 35 saves and a 3.06 ERA.

In game 1, the Cards are going to put out Chris Carpenter, who is one of the leading contenders for the NL Cy Young Award. In fact, many feel that he locked it up with his last outing, 5.0 shutout innings against the Reds where he gave up only 3 hits and struck out 6 batters. Oh, he also hit a Grand Slam and hit a 2-run double, but that’s beside the point. Since the All-Star break, Carpenter is 10-1 with a 2.06 ERA and 80 Ks. His 2.24 ERA on the season is tops in the National League. Against the Dodgers this season, he’s 2-0 with a 1.80 ERA. No current Dodger has a career .300 average against Carpenter. Matt Kemp has the highest, with .286.

The Dodgers will send out Randy Wolf to face Carpenter. Wolf’s 11-7 was second only to teammate Chad Billingsly’s 12 wins, and his 3.27 ERA was second to team leader Clayton Kershaw’ 2.79. Overall, the Dodgers finished 1st in ERA (3.41), BAA (2.33), and WHIP (1.25), and Wolf definitely contributed to all. This season he went 0-1 with a 3.00 ERA against the Cards. In their careers, both Matt Holliday and Albert Pujols are .313 against him but between the two of them, only Holliday has one HR in a combined total of 32 at bats.

In the second game, the Cardinals will send out their other Cy Young Award candidate, Adam Wainwright. Wainwright finished the season as the NL’s only 19-game winner, leading the league. His 2.63 ERA was good enough for 4th highest in the NL (as was his 212 Ks), and 6th in the majors. In nine post-season games in 2006, Wainwright went 1-0 with a 0.00 ERA in 9.2 innings of relief pitching. Matt Kemp, Brad Ausmus, Casey Blake, Juan Pierre, Orlando Hudson, Blake DeWitt, and Manny Ramirez are a combined career .129 (7 for 54) against him with 1 extra base hit (HR by Blake).

Going against Wainwright, the Dodgers will send out Clayton Kershaw. Kershaw led the Dodgers staff in ERA (2.79), WHIP (1.23), Ks (185), and K/9 (9.74). It’s hard to remember this, because he really doesn’t give the appearance, but this is only Kershaw’s second season in the majors. Last season, against the Phillies in the playoffs, Kershaw pitched 2 innings and gave up one run on one hit. In 4 games against the Cards, they are only batting .195 against him and only slugging .230. That’s the Cards with Pujols on the team. Actually, Kershaw is 1-0 with a very impressive 1.82 ERA against them.

When the Cards are up at bat, they have the best pure hitter in all of baseball in Albert Pujols. Without question, Pujols will be named the NL’s MVP for the 2nd year in a row and 3rd time in his career (also won in ’05). He finished the season 1st in the majors in HR (47), 3rd in the majors in RBI (141), and 3rd in the NL in average (.327). For a better part of the season there was a lot of talk of him being the first person since Ted Williams in 1941 to win the Triple Crown, and he came pretty damn close.

Pujols has slowed down considerably since the All-Star break. Before the break, he was batting .332 with 32 HR and 87 RBI. After the break he dropped to .322 with only 15 HR and 48 RBI. In 7 games this season against the Dodgers, Pujols hit a pedestrian .222 with only one HR and 2 RBI. If he doesn’t turn it on this series, the Cards are going to have some serious issues.

When the Dodgers are up at the plate, the big question is going to be: Which Manny will be at bat? Like Pujols, Manny has had two very different first and second halves, of course, Manny was suspended for most of the first half of the season, but the second half has been dismal by normal Manny standards. Since the All-Star break, Manny has only hit .255 with 10 HR and 34 RBI, that’s about .060 points below his lifetime average, and WAYYY below his power numbers.

If all cylinders are firing, the Cardinals should have no problem taking care of the Dodgers in this series. If any one of them misfires, there could be issues. 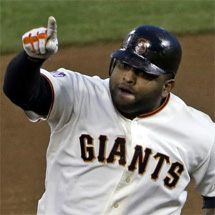 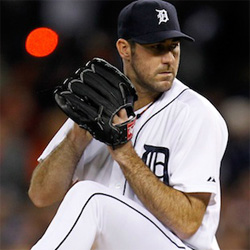 A Philly State of Mind: Don’t Count Out the Philadelphia Phillies