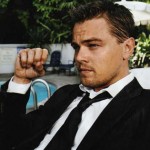 Verizon Wireless said today that select customers now have the opportunity to immerse themselves in the mind-bending world of “Inception,” the upcoming sci-fi action film opening on Friday, July 16, directed by acclaimed filmmaker Christopher Nolan. A number of custom, technology-driven extensions of the film will enable Verizon Wireless customers to use select DROID smartphones to unlock some of the secrets of the story — both before and after they see the film in theaters.

Verizon Wireless customers who have DROID by Motorola or DROID Incredible by HTC can text “WAKEUP” to 5500 to receive a link to download the Mind Crime Prevention application. This free app provides access to exclusive film information, video content and images, artwork, and music, along with movie show times at nearby theaters. Fans can also interact with one another via social networking channels and even insert themselves into a scene from the movie.

For the first time ever, Verizon Wireless is providing movie lovers with the opportunity to insert themselves into a scene from Christopher Nolan’s new film from their home computers or mobile phones using green screen technology. Fans can now visit www.protectyourthoughts.com to make their personalized “Inception” video and can also view exclusive content from the film, including wallpapers, character playlists and more. Behind-the-scenes footage as well as trailers for “Inception” are also available on V CAST Video-enabled devices.

Verizon Wireless customers with select 3G Multimedia phones have the opportunity to purchase select songs, including “528491” and “Time,” from the highly anticipated soundtrack, “Inception: Music From The Motion Picture,” produced by Hans Zimmer, Lorne Balfe, Christopher Nolan and Alex Gibson. Both songs are available exclusively for purchase as full-track downloads on Verizon Wireless’ V CAST Music before the official release of the soundtrack on Tuesday, July 13. Content can be found on V CAST Music-capable phones in the Menu/Media Center/Music & Tones/V CAST Music with Rhapsody®/Features.

“Millions of consumers look forward to the summer movie season, and we know that the anticipation for ‘Inception’ has been building for many months,” said Suzy Deering, executive director of media and sponsorships at Verizon Wireless. “Through our partnership with this film, we are proud to provide our customers with an exclusive and truly interactive ‘Inception’ experience. Verizon Wireless is excited to be able to give our customers tools that allow them to enhance their passion for the films they love with the technology that they depend on every day.”

The film’s producer, Emma Thomas, said, “Verizon Wireless is providing breakthrough ways for audiences to connect with ‘Inception’ weeks before it comes to theaters. The way in which they are leveraging today’s technology to put a part of the moviegoing experience in the palm of your hand is very exciting.”

Acclaimed filmmaker Christopher Nolan directs an international cast in “Inception,” an original sci-fi actioner that travels around the globe and into the intimate and infinite world of dreams. Dom Cobb (Leonardo DiCaprio) is a skilled thief, the best in the dangerous art of extraction: stealing valuable secrets from deep within the subconscious during the dream state when the mind is at its most vulnerable. Cobb’s rare ability has made him a coveted player in this treacherous new world of corporate espionage, but it has also made him an international fugitive and cost him everything he has ever loved. Now Cobb is being offered a chance at redemption. One last job could give him his life back but only if he can accomplish the impossible – inception. Instead of the perfect heist, Cobb and his team of specialists have to pull off the reverse; their task is not to steal an idea but to plant one. If they succeed, it could be the perfect crime. But no amount of careful planning or expertise can prepare the team for the dangerous enemy that seems to predict their every move. An enemy that only Cobb could have seen coming. This summer, your mind is the scene of the crime.

Opening nationwide in theaters and IMAX on July 16, 2010, “Inception” has been rated PG-13 by the MPAA for sequences of violence and action throughout.