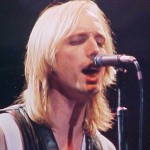 TOM PETTY & THE HEARTBREAKERS today announced their 2010 North American tour and the upcoming release of Mojo, their first studio album in eight years, set for release on Reprise Records this spring. The North American tour, produced by Live Nation, will take the band through a mix of top arenas and amphitheaters across the US and Canada beginning May 6th in Raleigh, NC. Tickets go on sale beginning Monday, March 8 at LiveNation.com.

Special guest artists on the tour will include a mix of appearances by My Morning Jacket, Crosby, Stills and Nash, Joe Cocker, ZZ Top, and Drive-By Truckers.

All 2010 Tour tickets purchased online will include an MP3 download of every track on the Heartbreakers’ electrifying new album, Mojo. It will work like this; once fans purchase tickets online they will receive an email with codes entitling them to download two tracks from Mojo (“First Flash Of Freedom” and “Good Enough.”) Then, on the release date of the album, currently slated for this spring, ticket buyers will be sent a download of the entire album. Also included with every online ticket purchase, to be delivered at the end of the 2010 tour, will be a selection of live tracks recorded during the tour.

Mojo is a fiery statement from a band that is making some of their most exciting music over three decades into their career. “Good Enough” from the new album is now available for streaming at the revamped TOMPETTY.com. More details on the new album to follow soon.

Tom Petty and The Heartbreakers were inducted into the Rock and Roll Hall of Fame in 2002, their first year of eligibility, and in recent years have continued to build on their already legendary success. The band’s sold-out 2008 tour was the biggest of their career and came right after the band’s acclaimed Super Bowl XLII halftime performance with a worldwide audience of nearly a billion people. The 2009 release of Tom Petty and The Heartbreakers’ career spanning Live Anthology garnered glowing reviews including a rave four and a half stars from Rolling Stone. The 2007 release of the Peter Bogdanovich-directed documentary Runnin’ Down A Dream earned a Grammy award and established the Heartbreakers’ story as a striking embodiment of the American Dream.

TOM PETTY AND THE HEARTBREAKERS released their debut album in 1976. They have since sold more than 60 million records. Between the Heartbreakers’ recordings and his solo work, Tom Petty has received 18 Grammy nominations and been honored with lifetime achievement awards including Billboard’s Century Award, MTV’s Video Vanguard Award, and induction into the Rock and Roll Hall of Fame. Tom Petty, with the Heartbreakers at his side, has become a rock and roll icon lauded by fellow musicians and music lovers worldwide. Tom Petty’s Sirius/XM radio show, Tom Petty’s Buried Treasure, is one of the most beloved and popular shows on satellite radio. It features Tom Petty spinning favorite tunes from his extensive private music collection.

Jimi Hendrix: I Don’t Even Know Where To Begin Thanking You