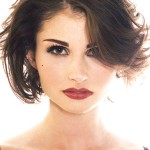 ShamWow TV pitchman Vince Shlomi seems to be in the running for King of the Crazy. Vince Shlomi has been tied to a recent sex scandal that would make Mel Gibson, Gary Busey or even Charlie Sheen say “damn that guy is nuts”.

Jennifer Kosinski, 23, was employed by ShamWow TV pitchman Vince Shlomi as a personal assistant. Jen Kosinski worked for the pitchman for nine months before being fired. Acording to The Herald Sun – Her lawsuit, filed in the US District Court for the Southern District of Florida, alleges that she was fired because she refused to show Shlomi a text message he believed was from another man.

Jennifer Kosinski when on to say that Vince Shlomi used binocoulurs to watch her at the beach. She said his sexual pursuit of her was “bizarre and inappropriate”

Acording to the Smoking Gun.com: Shlomi’s behavior, Kosinski claims, grew more “bizarre and inappropriate.” Though she made it clear that their relationship would remain platonic, Kosinski alleges that a controlling Shlomi pressured her to become romantically involved. “As part of this pressure, Shlomi offered Kosinski money to sleep in the same bed and for her eggs,” according to the lawsuit. “Shlomi offered Kosinski $20,000 and a paid one month vacation for her parents to travel the world in exchange for her eggs.”

You might remember last year when Vince Shlomi hat his toungue almost bitten off by a Miami hooker.
Vince paid the hooker $1000 for her talents at a 5 star Miami hotel. Things went south for Vince Shlomi when he tried to kiss the call girl. The Miami Sex-sound Machine responded by biting his tongue and not letting go.

Vince Shlomi responded by beating the crap out of the hooker. Now Vince has a new sex scandal on his hands. Judging by Vince’s past behavior it looks like Jennifer Kosinski got off easy.

Looking at these modeling pictures it is easy to see Jennifer Kosinski is a lot better looking than Vince’s hooker.