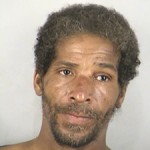 Our friends at Worldstarhiphop.com posted this story today about a Kansas City man that raped a passed out woman he thought was dead. Kansas City it seems is becoming more and more of a toilet. It was just last month we posted a video from the same site of a girl getting hit in the head with a brick in a Kansas City street fight.

It is nice that the witnesses flagged the cops but why didn’t they pull this animal off of the woman?

Description: “A Kansas City, Missouri, man faces felony sexual assault charges after he allegedly raped a woman on a city sidewalk in broad daylight. According to police, Melvin L. Jackson, 49, allegedly had sex with the unconscious woman on a sidewalk outside of a vacant business at 3400 Troost around 11:30 a.m. on Wednesday morning.

Two witnesses who flagged down a patrol car say that they saw the woman curled up in a fetal position, with Jackson on top of her with his pants and underwear around his ankles, having sex with her.”

Hilarious Clip of the Week: Black Guy Breaks Into a Car