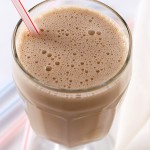 Proteins taken ahead of a training session and immediately after – is good nutrition for a strength athlete. And now researchers have found a way of tweaking this basic principle, in a study done by sports scientists at Baylor University in 2006. According to their research, the best post-workout shake contains a combination of fast and slow protein.

On the days that they didn’t train, the subjects drank a shake in the morning. On all the other days they drank a shake as soon as possible after finishing their training session, and not longer than 2 hours later.

After 10 weeks the group drinking whey and casein had progressed more than the other groups on all counts.

Look for a protein product like Intek Evolution or Pro Complete 40 which combines both whey and casein protein.

Dominick Walsh is a blogger for Performance Nutrition and TMRzoo.com and covers all men’s health topics and exercise issues including protein powders, diets, weight loss, weight lifting supplements, fat burners and supplement reviews. Dominick’s columns cover everything you need to know about your pre, during and post workout nutrition.

Does Your Protein Supplement Measure Up?