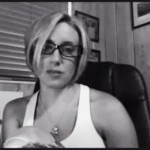 Casey Anthony has finally spoken. She did a quick 4 minute video vlog, blog whatever you call it and I must say I am a little disappointed. I thought this vlog was going to have a Chat Roulette kind of feel and vibe. I thought I would start up the vlog and there would be Casey Anthony naked drilling for oil with a battery operated toy, but alas I was gravelly disappointed.

Even more so disappointing that Casey Antony not being nude is she has chopped all of her hair, dyed it blonde and started sporting glasses. Casey there is no reason to wear glasses to record a video blog…get over yourself.

The video doesn’t offer much new. Casey just rambles on. Casey Anthony does mention that she has adopted a dog in the video. I don’t know how to speak dog but if I could I would tell that dog to get the hell out of there as quick as it could. 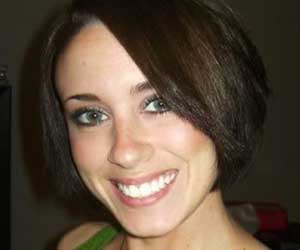 Now is Your Chance to Get into Casey Anthony’s Pants for $800.00

Casey Anthony Sighting in Boston Has Been Confirmed With Photo (PIC)

Ashton Kutcher Continues to Show Us The Stupid