A public reprimand and certain penalties have been issued for University of New Mexico men’s soccer student-athletes Victor Rodriguez and James Rogers for misconduct during the 2011 NCAA Division I Men’s Soccer Championship.

Specifically, Rodriguez was found to have engaged in misconduct by shouting at a University of South Florida student-athlete and then punching him in the face following the penalty kick shootout during the third round match of the championship between the two teams. Rodriguez’s misconduct led the administrative committee to uphold a one-game NCAA postseason championship suspension as well as the withholding of his transportation expenses and championship per diem. The administrative committee ruled the suspension shall apply to the next NCAA postseason opportunity, regardless of the institution Rodriguez may happen to represent.

Rogers was found by the men’s soccer committee to have engaged in misconduct when, while being restrained, he lowered his shoulder and struck the center referee in his midsection, knocking him off balance. The incident occurred after the conclusion of the penalty kick shootout and when the center referee was issuing Rodriguez a red card for his actions. After hearing the appeal, the administrative committee overturned the proposed one-game NCAA postseason championship suspension, but upheld the withholding of his transportation expenses and championship per diem.

“The administrative committee agreed with the men’s soccer committee that the postgame behavior of both student-athletes was unacceptable and has no place in the sport of soccer,” said Judy Rose, chair of the NCAA Division I Championships/Sports Management Cabinet and director of athletics at University of North Carolina, Charlotte. “However, the administrative committee felt the evidence related to Mr. Rogers’ incident was not as clear as the original report suggested and agreed with the institution’s appeal to overturn the one-game postseason suspension.”

The NCAA Division I Men’s Soccer Committee is a committee comprised of representatives from NCAA member colleges, universities and athletic conferences. The Administrative Committee of the NCAA Division I Championships/Sports Management Cabinet is the NCAA’s independent appellate body for final ruling on championship related matters, including misconduct decisions. 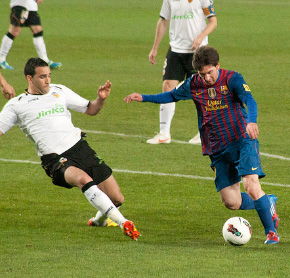 Johnny Manziel 2014 NFL Draft Contest – We Have A Winner!