When you are starting a business, the first thing to do is register the domain name. The staggering cost is about $7, not much to pay to secure your brand. A computer geek with a great sense of humor named Bryan Mytko noticed Guy Fieri’s American Kitchen & Bar did not take this simple step. Bryan took it upon himself to help out Guy Fieri and crew and got a menu up on the domain guysamericankitchenandbar.com for them.

This is the second hit Guy Fieri has taken on his new restaurant. The New York Time reviewed the reality star’s new endeavor and absolutely slammed the restaurant. Personally I think Bryan’s menu looks better than anything the New York Times described. The Panamania sounds great for a mere $24.00.  Being a huge VanHalen fan there is no way I could pass on the deep fried snake served with a sparkler and a picture of David Lee Roth.

The menu below pops to a bigger image.  Enjoy it while you can, I am sure that Guy Fieri is screaming into a cell phone at this minute to an army of lawyers. 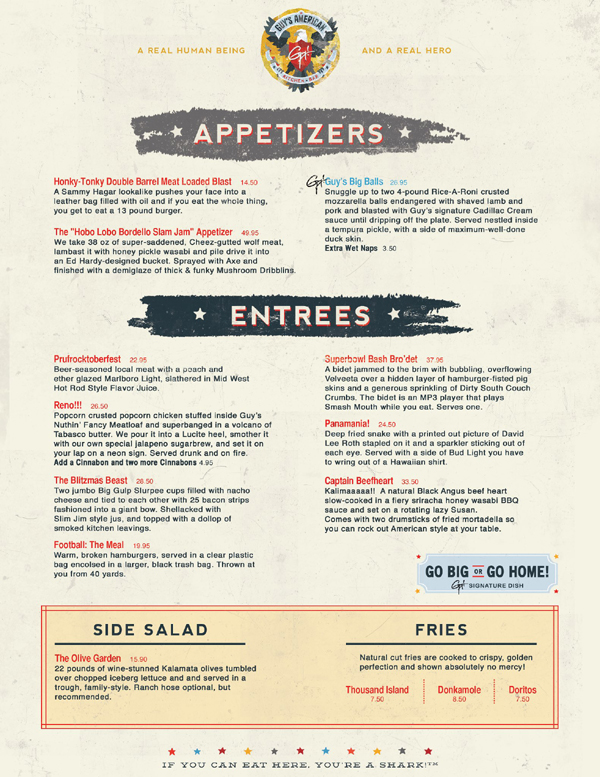