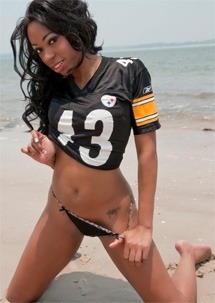 The third edition of Sunday Night Football for the 2013 NFL Season will kickoff tonight between the Pittsburgh Steelers and Chicago Bears. The two teams are currently at opposite ends of the spectrum, Chicago with a 2-0 start and Pittsburgh at 0-2. The game will be televised on NBC with an NFL free live online streaming option, starting at 8:30pm EST.

Nothing good can really be said about the Steelers so far in 2013. Gone are the days of continued dominance of their division and conference. Their 0-2 start is well deserved as they could only manage a single touchdown and lone field goal in each of their games.

As already mentioned, the Chicago Bears have been quite the opposite as the Bears’ defense has just one less touchdown scored as Pittsburgh does so far. Jay Cutler is already playing in his regular season form, throwing five touchdowns in his two games played. A good strategy for the Steelers might be to trick Cutler into thinking this is a playoff game.

Despite the polar opposite records and performances, the Bears are still only favored by 2.5 in Pittsburgh tonight.

If (for some reason) you only have access to a computer or mobile device, you can watch tonight’s game live via NBC’s free online stream at stream.nbcsports.com/liveextra/

If you have SiriusXM satellite radio, you can still listen online as they will be streaming over three different channels. For the broadcast featuring the home Pitsburgh crew tune into internet channel 824. The Bears’ away broadcast crew will be on Internet channel 805. Check out siriusxm.com/nflschedule for tonight’s and the full season broadcast schedule.

If you aren’t a current SIRIUS|XM Radio subscriber, you can sign up for a free 30-day trial and get at least the next month’s worth of games.

There are multiple other free live online streaming options, but you’ll have to do a Google search for those.

Enjoy the Sunday Night Football kickoff and make sure you enter our Beat the House football pool next week, where if you win, you can say screw free online streaming, because you will be watching the Super Bowl live in the stadium. 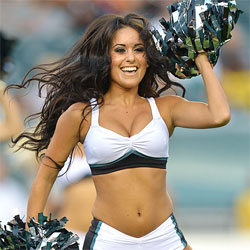 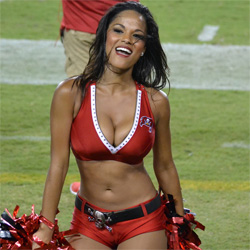