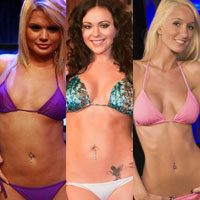 September is always a hectic month with the start of school, football season, etc, and it is easy to lose track of things. That is exactly what we did here… spent too much time getting our football contests active and totally missed the September edition of “This Month in Miss Howard TV History”. Since we don’t have any real deadlines here, we’re bringing it to you now.

We actually have one less girl to catch up on since we only covered three girls in September throughout the history of the Miss Howard TV crown on this site.

The last Miss Howard TV we covered came in 2011 with Jessica Leigh, another Playboy model who did pay-per-view shows. We don’t have much on Jessica since she never made it into the studio for her interview. The show had been on extended vacation at the time. Feel free to peruse her pics via the thumbnail image below though.

You can find galleries, as we originally posted them, of the girls above. They are in the order they were named above from left to right, Alexis Ford, Ashley Johnson, and Jessica Leigh. Click any image to see the full hot photo gallery as originally posted at TMRZoo.com. You can see additional info on the girls on their gallery pages, such as Facebook and Twitter profiles and official websites.

Please check out our previous editions of This Month in Miss Howard TV History. 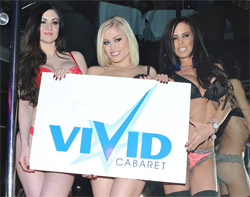 Selena Gomez Topless Behind the Scenes of ‘Spring Breakers’ (PIC)

The Valley’s Natalee Harris & Carley Belmonte Topless in an Outdoor...