After Albany beat Mt. Saint Mary’s 71-64 and NC State beat Xavier 74-59 in the first two “First Four” games last night, two more slots in the 2014 March Madness printable bracket were solidified. Tonight, Cal Poly and Texas Southern face off while Tennessee hosts Iowa in the final two play-in games take place. Click the image of the printable bracket below to see a PDF version you can print at home.

The official brackets, including the play-in game alternates, were announced on “Selection Sunday” on March 16, 2014. The NCAA is considering the “First Four” the first round of the tournament… but we still won’t. The “Final Four” will be revealed at the conclusion

The rest of the March Madness action of the 2014 NCAA Men’s Basketball Tournament tips off Thursday and Friday and jumps right into round 2 on Saturday and Sunday the 22nd and 23rd. The opening games will be played in the UD Arena in Dayton, Ohio. NCAA.com is hosting both an interactive online bracket as well as the 2014 March Madness printable bracket below. Check out ncaa.com/interactive-bracket/basketball-men/d1 for access to both brackets or simply click the image of the bracket below for a PDF version you can immediately print: 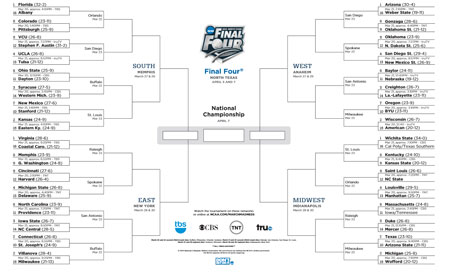 Good luck in your office pools. If the 2014 March Madness Printable bracket above will help you in your quest to be this year’s office champion… go for it. 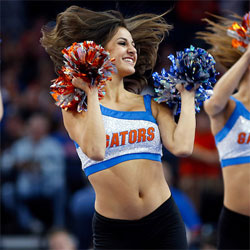 Mike Ditka on Robert Griffin III: I Am Buying the Hype...