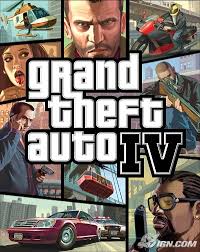 I have been eagerly anticipating the release of GTA IV, ever since RockStar games delayed it seven months ago. At the time, the company explained that they needed more time to polish and refine the game. Along with next generation consoles, come exceptionally high expectations and rather than rush something out the door, RockStar wanted to the make the Grand Theft Auto game they had always dreamed about.

With this kind of buzz Grand Theft Auto IV couldn’t possibly live up to all the hype, could it?

Well, it does live it up to it. It not only lives up to it, but it eclipses anything we could have expected. They have shipped a game so good that it may change the industry forever. This is the standard by which all future games will be judged. This is the type of game that people lose jobs and relationships over. With a game as deep and varied as GTA it would be impossible to go into all of the new and refined features, so I will attempt give a quick overview on what I consider the three biggest components: The story, the mechanics, and the city.

The story is as good, if not better, than anything you will see in a theater. It is epic in scope, grabs you early, and keeps you engaged to the very end. The characters feel real, and have such depth to them that you begin to form emotional attachments to certain people, and you begin to hate others. These opinions will also change as the bigger picture begins to come into focus. In the main character, Niko, we have a classic anti-hero who you alternatively feel pity for or despise depending on whereabouts you are in his story arc. This is no over the top rags to riches story of GTA past. This is gritty, harsh, unforgiving and it feels real. That the game does this and still manages to keep the trademark GTA humor intact is a testament to the talented writers at RockStar.

The mechanics of the game have been entirely re-vamped as well, and for the most part, work great. The car mechanics have been overhauled to make for a more realistic driving experience, which may annoy some people at first, but once you get the hang of it outrunning the cops with a nice e-break turn through an alley becomes infinitely more satisfying. Evading the police in Liberty City has also been changed as it is now based on line of sight as opposed to pay ‘n sprays. The pay ‘n sprays are still there but they are far less useful as you can only enter one if a cop does not see you, and at higher wanted levels, they will be all over you fast. The movement of Niko himself looks and feels natural, and the addition of auto-aim and a slick cover system brings the combat to a new level. It is much more tactical and very fun.

Which brings me to Liberty City itself… I can not overstate what a monumental achievement this city is. The graphics are top notch 99% of the time. There are some occasional hiccups in the XBOX 360 version but the “WOW did you see that?!??” Liberty City moments far outweigh the rare snags. Genuine from the ground up, this looks, feels, and almost smells alive. The city actually feels like another character with its own moods and habits. The look and feel changes from neighborhood to neighborhood, and depending on the time of day, which gives it a real living, breathing quality. As I think back I can’t remember ever seeing a person repeated, and the way they react and play off of each other is incredible. Fights happen, men stare at women…it is dripping authenticity. To really see what I mean pick a spot in a crowded area and just watch for 15 minutes or so.

Now take the incredibly enthralling single player game and add a multi-player component that is as fun and engrossing as any currently on any system. If it seems like I am gushing, it’s because I am. GTA IV delivers in every possible way, and only gets better the deeper you get into it. It is like landing a date with the most beautiful girl you have ever seen only to find out she is a rich SportsCenter junky with an extensive pornography collection. Maybe not that good, but you get the point. GTA IV is an essential part of every game collection. People will still be talking about this game for years to come. It doesn’t just raise the bar, it changes everything.