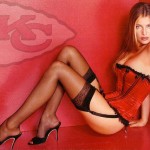 Four games remain in the NFL regular season as the playoff push intensifies. One key to late-season success is a productive rushing attack.

“The quickest way to a victory is being able to effectively run the football,” says NFL Network analyst and former NFL running back (1994-2005) MARSHALL FAULK.

Kansas City Chiefs head coach TODD HALEY has guided the NFL’s No. 1 ranked rushing offense (175.2 rush yards per game) entering Week 14 and is a believer in running the football, especially at this time of the year.

“Running the ball effectively enables you to be physical,” says Haley. “In December, when temperatures get colder, it’s not quite as much fun to tackle. There are a number of other factors that are involved as well. Controlling the clock and controlling the line of scrimmage is always a little bit more manageable when you’re able to run the ball efficiently.”

Raiders running back DARREN MC FADDEN leads the NFL’s third-ranked rush offense (149.0 per game) and says that as the season moves into December and January the weather is more of a factor, therefore a productive ground game is required.

“The running game late in the season is important because the weather gets worse,” says McFadden. “You need a strong rushing attack to balance out the passing game in the bad-weather games. It’s important to be able to gain yards on the ground and take control of the game.”

While offenses aim to excel at running the ball, defenses around the league place an emphasis on stopping their efforts.

“This year in particular, the ability to play good defense and stop the run is paramount,” says NFL Network analyst and former Baltimore Ravens head coach (1999-2007) BRIAN BILLICK. “More so than ever before because of the balance of the league this year, you have to be able to stop the run in December and into January to be successful.”

“Stopping the run is the foundation of any successful defense,” says LeBeau. “Later in the season, teams often look to run the ball more frequently and this places even more importance on limiting their success.”