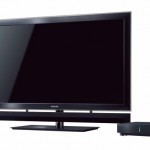 If you love the latest technology as much as I do, then you are already aware of sites like www.americaninventorspot.com which gives out in detail reviews of the latest gadgets being launched in the world. To all the tech enthusiasts reading my article, I have a theory. My theory pertains to whether or not high-definition (HD) television was a revolution for TV. My theory is…not. Now, don’t get me wrong, I love HDTV. But, that doesn’t make it a revolution. The 2010 Consumer Electronics Show (CES) in Las Vegas earlier this year has reinforced my thinking. I believe that one of the two newest features to come to ye olde boob-tube is the next “real” TV revolution.

The two features I’m talking about are 3DTV, which has been getting a lot of press lately, and IPTV, which has, ironically, NOT been getting as much press. I get it – 3DTV is flashy and “in your face”. But, I think that IPTV, while more subtle, is the key to the future. While nifty features like HD and 3D are great to have, they are akin to giving a man a fish, whereas IPTV is akin to teaching that man HOW to fish. Some explanations and examples are in order.

IPTV is what I consider to be an “enabler”. Much like the internet was an enabler and leveled the playing field, to a certain extent, IPTV has the potential to do the same for the TV. Imagine intertwining social networking with your TV, for example. Imagine what it might be like to Twitter or do Facebook activities via your TV with the addition of sound and video. Imagine being able to subscribe your IP address to a “boutique” media network and get personalized entertainment. It’s not all roses, though, because one can also envision new forms of spam and viruses that infect and destroy your TV (honestly, I think my head would pop off I got the blue screen of death on my TV screen which would cause me to revert back to my caveman roots and just throw the damn thing out the window). 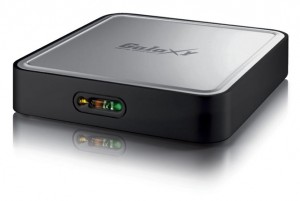 This product is so unassuming but can do so much! You no longer need to burn CD’s or DVD’s to view and listen to them. You can view the photos on your digital camera directly from your camera onto your TV. You can stream right from the internet. You now have the ultimate in selectivity of what you want to watch. But….the box is boring.

Now, while I think that IPTV is the real revolution, we also can’t ignore 3DTV. 3DTV is going to be fantastic. And, more importantly, this toy is more exciting. Some think that 3DTV will surpass and overtake HDTV. I would disagree only because I believe in the laziness of mankind and, because it takes effort to put on some 3D glasses (or whatever apparatus they eventually come up with), people won’t really get into it. I think it will remain an experience much like IMAX, which I consider to be a unique media-viewing event, not a regular couch-potato activity. But, these 3D products are already popping up everywhere. 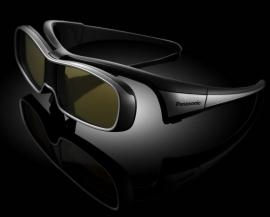 Take a look at what I think is the “bad-boy” of 3DTV viewing…the Toshiba ZX900 series LED-based LCD Cell TV. How much? If you have to ask, you probably can’t afford it. But, the Japanese version costs $11k – boom, there it is. This sucker has it all: runs on a processor that is 10 times faster than the Intel Core 2 Duo chip, comes with 1 TB internal hard drive and built-in 802.11n Wi-Fi which enables it to act as a digital media server to the rest of your home and stream movies from a wireless PC, built-in Blu-ray drive (BD) that can rip movies from BD or DVD, voice-over-IP (VOIP) technology, 3D formats accepted, including MPEG4-AVC, RealD, and more, video-noise reduction to improve low-resolution internet media viewing, 480 Hz refresh rate (compare that to your computer monitor which refreshes at about 60 Hz or 75 Hz), a 2D to 3D conversion system (what?!), includes a media box that allows you to connect media sources, like satellite, cable, etc. wirelessly, and tons more. That is 65” of good-lovin’ (available in 55”, as well)! Gone is the era of the goofy red and blue, color-filter, 3D glasses. The new class of eyewear is…hmm, what’s the word…let’s say, advanced.

See, the differentiator factor is the “bling”. The IPTV box is boring and looks like just another digital box. The 3DTV looks like a trip to the electronics store that promises loads of instant gratification while I spend much more than I can realistically afford. There’s no doubt that both of these technologies and their accompanying products are going to be big. But which one will spark a revolution? Despite the “bling” of 3DTV, I’m voting for IPTV. I think that once all of the young programmers out there are unleashed on this new technology, new applications will emerge that could not have been foreseen. And, of course, upon combining these two technologies in your entertainment center (which is kind-of what the Toshiba does), you will be in the drivers seat of the next generation of television entertainment. Thank you, CES 2010!

AXE Presents: Scents That Turn Girls On – A Study

Bluray Giveaway – Pirates of the Caribbean 4: On Stranger Tides...