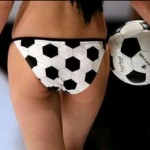 A special committee of the Brazilian Chamber of Deputies is expected to vote Tuesday on the “General Law of the Cup” (“Lei Geral da Copa”), but relations between the government and the head of the Federation International de Football Association (FIFA) have completely melted down after macho comments by Secretary General Jerome Valcke. Last month, Valcke stated “Alcoholic drinks are part of the FIFA World Cup, so we’re going to have them. Excuse me if I sound a bit arrogant but that’s something we won’t negotiate.”

Valcke caused an explosive response in Brazil when he stated on Friday: “You have to push yourself, get a kick up the backside and just deliver this World Cup.” That arrogant comment led to a powerful response by Brazilian Sports Minister Aldo Rebelo on Saturday, “In light of these statements, which are inadequate and unacceptable comments for any type of relationship, the Brazilian government… no longer accepts Secretary-General Valcke as an interlocutor.” Brazilian presidential adviser Marco Aurelio Garcia added fuel to the fire Sunday, calling Valcke a loudmouth and a bum (“boquirroto” and “vagabundo”).

In an effort to reduce alcohol-related sports violence and protect public health in general, alcohol sales have been banned from football stadiums in Brazil since 2003. A World Health Organization study that included Brazil showed that about 46% of violent incidents seen in the emergency room were related to alcohol use.

FIFA has long-term contracts with Anheuser-Busch InBev (A-B InBev) for Budweiser to be the official beer of the World Cup. The problem for FIFA is that World Cup hosts Brazil in 2014, Russia in 2018 and Qatar in 2022 all have bans on alcohol sales to protect fans, especially families and children. The leadership and much of the investment capital of A-B InBev is Brazilian, including CEO Carlos Brito. The FIFA proposal demands that beer be allowed in the stands and all alcohol in VIP sections. Increased alcohol sales in licensed locations near the stadiums are apparently not sufficient for A-B InBev and FIFA’s profits. A-B InBev would like nothing more than to get Budweiser and national brand Brahma back into the stadiums where violence was fueled by beer.

“Congratulations to the Brazilian government for thoughtfully considering whether public safety and national sovereignty are more important than dancing to the beat of FIFA,” said Bruce Lee Livingston, Executive Director/CEO of Alcohol Justice. “FIFA is acting like a hooligan gang in Brazil, talking tough and promoting dirty kicks on the legislature,” he added.

Brazilian and international opposition to lifting the alcohol ban is growing. Brazilian soccer superstar and national Delegate Romario de Souza, who supports the alcohol ban, said, “When Valcke used the expression ‘kick up the backside,’ I considered this misplaced and rude.”

A Brazilian consumer group (www.idec.org.br) has been leading a campaign against the “General Law” because of numerous consumer protection and liability issues, while many advocates are also working for half-price tickets for indigenous peoples as well as seniors and students.

European and global public health advocates are mobilizing as well. From Sweden, Sven-Olov Carlsson, President of IOGT International, representing a global organization with members from Africa, Asia and the USA, said, “We cannot accept that FIFA is willing to jeopardize the fun of the game, the safety of children and families and the positive social development in Brazilian society.”

“Alcohol Justice joins IOGT International and other consumer and public health groups globally in supporting the right to attend the premier sporting event in the world without alcohol-induced violence,” added Livingston. “FIFA needs to back-off on doing the dirty work for A-B InBev trying to get back into the stadiums of Brazil and no country should compromise their public health and safety in exchange for beer sales.”

The Marshall Fridge is the Ultimate Addition to any Man Room,...