Sometimes to men, a beautiful woman walking by might seem as unattainable as if she were on a different planet. In a sense she is, says Dating Expert Carlos Xuma in his new report, Attract Women.

“Until men learn the right tactics and techniques to attract women fearlessly, the fairer sex might as well be in another universe,” Carlos Xuma says.

The good news is that there are some tried-and-true strategies and tips for how men can get women into their life.

“There is a game plan that shows men how to transform themselves into the prize that women seek, instead of the other way around,” Xuma says.

For instance, every single man on the planet who wants to attract women needs to know what makes a woman tick.

“Sounds simple, right?” Xuma says in his report. “But it’s not always easy. Women can be complicated creatures at times who leave men baffled. But if men learn a few things about women, they will be that much ahead of the pack.”

For instance, Xuma writes in his report on how to attract women, women are all about making and nurturing connections with other people so men need to make sure they create a strong connection themselves.

“The way men can do this is by having emotional experiences that are shared,” Xuma says.
Another key secret Xuma reveals in his report on how to attract women is that men need to make sure they act in a manner that is attractive to women.

“Again, this seems basic, but too many guys don’t have a clue what women want,” Xuma says. “Men were not born knowing that women most want a man who is self-sufficient and who has developed an attitude of taking or leaving the woman without it mattering. Men with this attitude are confident and secure with or without a woman in their lives.”

Men who act like that, Xuma says, prove they are strong and can be strong for a woman in the relationship, as well.

Another secret that Xuma reveals in his report is that men need to understand that women feel and men think.

Carlos Xuma has spent years teaching hundreds of men how to spark attraction in women and has been a dating expert and attraction adviser for more than 10 years. He has also been recognized for his work sharing dating advice for guys and sharing tips on pick up artist techniques, alpha male behavior, and more at his site at http://www.alphaconfidence.com. He has appeared on ABC and CBS television, as well as Playboy radio. He’s the author of The Bad Boy Formula, Secrets of the Alpha Male, the Girlfriend Training Program, and numerous other books and articles. 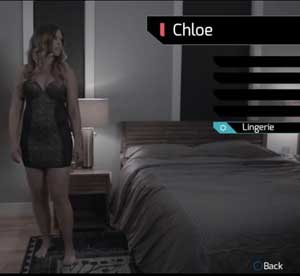 The Best Post-Workout Shake is a Mixture Of Whey And...

Harry Potter and the Deathly Hallows, Part II is Sold-out Across...