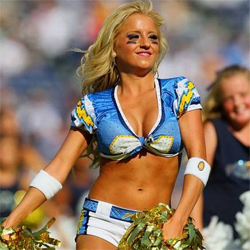 Things have been getting interesting in recent weeks of this 2012 NFL Season, and week 9 should prove to be no different. The game everyone wants to watch this week is the Super Bowl Champion New York Giants hosting the Pittsburgh Steelers in the vicinity of Hurricane Sandy-damaged Nothern New Jersey. There are several network TV and free online streaming options available for you to catch this game.

The Giants have a good chance to get a tight wrap on the division this week if they can take down the Steelers. With the Philadelphia Eagles and Dallas Cowboys playing playoff teams from last year in the Saints and Falcons, those two could be easy losses. The Redskins hosting the Panthers is no walk in the park either. If all three of those fellow NFC East teams lose, and the Giants manage to beat the Steelers, they will be four wins ahead of everyone else in the division with only seven weeks remaining… a huge gap to cover in a small span of time.

The Steelers are trying to keep pace with the Ravens in the AFC North, so they aren’t going to take this game lightly… but they have to overcome not only the Giants, but the “win one for the Sandy victims” crowd. It should be a huge task for them, especially with their banged-up secondary, primarily at safety. Strong safety Troy Polamalu is still out and free safety Ryan Clark has been battling concussion issues, but did practice this week.

There is one big problem for fans of the upper Northwest wanting to see this game… it isn’t being broadcast in your area. You don’t have to be left in the dark though, there are a few online streaming venues you can check out so you can see this game, or any other game you are interested in this Sunday.

First off, you can always head over to the official NFL streaming page to see what your legitimate options are there. There are also many free NFL streaming sites overseas and can be found fairly easily.

NFL 2010 AFC North Preview: The Baltimore Ravens Will Rip Through...