HBO Sports, NFL Films and the Cincinnati Bengals team up for an all-access look at what it takes to make it in the National Football League when HARD KNOCKS: TRAINING CAMP WITH THE CINCINNATI BENGALS debuts in August. The first sports-based reality series – and one of the fastest-turnaround programs on television – kicks off its five-episode eighth season, presented in HD, TUESDAY, AUG. 6 (10:00-11:00 p.m. ET/PT), exclusively on HBO. Other hour-long episodes debut subsequent Tuesdays at the same time, with an encore play every Wednesday at 11:00 p.m., culminating in the Sept. 3 season finale.

“We are delighted that Hard Knocks will be returning this summer and excited for our return to the AFC North and the Cincinnati Bengals franchise,” says Ken Hershman, President, HBO Sports. “With playoff appearances three of the past four seasons, the Bengals have built a terrific young team and we are extremely grateful to both Coach Marvin Lewis and the entire organization for agreeing to participate. The series has become captivating television with appeal far beyond the hardcore football fan. Hard Knocks is a cornerstone franchise at HBO Sports.”

“We’re thrilled to again work with both the Cincinnati Bengals and HBO Sports,” said Howard Katz, COO of NFL Films and NFL Senior Vice President of Broadcasting. “In particular, we want to thank Mike Brown for the trust he’s shown in NFL FILMS by allowing us access into Bengals training camp. This year’s Bengals squad provides us with a compelling combination of unique storylines: a veteran coaching staff, young superstars, high-profile free agents and an intriguing draft class. We can’t wait to see what will take place this year and look forward to collaborating with HBO which has been the perfect partner for us since Hard Knocks debuted 12 seasons ago.”

The cinema verité series will focus on the daily lives and routines of players and coaches as the Cincinnati Bengals, who compete in the ultra-competitive AFC Central, prepare for the 2013 NFL season. HARD KNOCKS: TRAINING CAMP WITH THE CINCINNATI BENGALS will chronicle eleventh-year head coach Marvin Lewis and an intriguing mix of high-profile veterans, emerging stars, free agents and rookie hopefuls throughout training camp and the four-game preseason schedule. Each week, players will experience drills, instruction, meetings and fun, while striving to prove they have what it takes to make the team and make their mark in the NFL.

“The feedback we got from our experience with Hard Knocks in 2009 was outstanding,” said Bengals head coach Marvin Lewis. “Our fans enjoyed it tremendously and we’re happy to try and provide that same experience again. Our fans love the NFL and they enjoy seeing things they don’t normally get to see. We have some outstanding men, both as players and as people. They’ve got great charisma to go along with their football skills, and the Hard Knocks treatment allows for both to shine through.”

Lewis added: “Some people say, ‘Well, you won the division the last time you did this; is that a reason for doing it again?’ I really don’t think that matters or figures much into the decision. Every day, every time is a new experience. As coaches and players, we just go into it knowing we have to do our jobs to the utmost. We have a grueling schedule, and expectations are very high, particularly among ourselves. We’ve got to take a workmanlike attitude from the very start. Hard Knocks is another element you have to be prepared to deal with. The NFL Films people are totally professional, so that’s not a worry, but it’s not like a normal day. One thing I did see as a positive last time was exposing our players to another group of people who are working hard every day the way we need to work. The diligence and the effort of the people on-site is very impressive.”

A 24-person NFL Films crew will live in the city of Cincinnati as the Bengals will hold camp at Paul Brown Stadium, shooting more than 1,250 hours of footage shot over the course of the series. Camera and sound crews will be given unencumbered access to the players’ and coaches’ meeting rooms, training rooms, living quarters and practice fields.

Last summer’s edition of HARD KNOCKS marked the first time the series premiered on Tuesday nights and it proved to be a resounding success; the five-part prime-time series on the resurgent Miami Dolphins averaged 4.1 million viewers per episode making it the second most watched HARD KNOCKS in a decade. 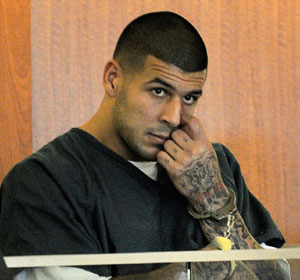