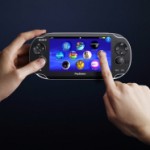 Sharp eyes have discovered that Sony registered the domain name for the PlayStation Vita.

According to Digital Domain:

Sony told GameSpot it would be “sharing [its] business overview and strategy,” but made no mention of any specific announcements. We recently reported new details about the device, including its two cameras, touchpad, and dual analog sticks. More importantly, it’s projected to be able to run graphics on par with those of some PS3 games. Codenamed “Vita,” various gaming companies including EA have admitted to being involved in the development process, and word is it’s going to be an incredibly powerful machine.

The reason this could be more than a codename are a few factors. For one, you don’t registered a domain with the codename unless you’re being really sneaky. For another, Vita means “life”, and that fits in with Sony’s current synergistic theme for their consoles (ie. “This is living.”)

Let us know if you like this name for the PSP2. We’ll know for sure at E3.