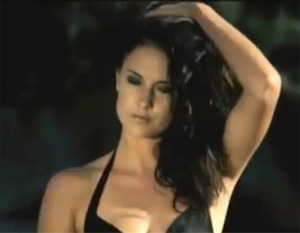 The Russians have been in the news a lot lately. Earlier in the week there was the back and forth between Vladimir Putin and Patriots owner Robert Kraft over an allegedly stolen Super Bowl ring. This morning we find out whistleblower Edward Snowden has landed in Moscow in his global trek to get to Venezuela.

With all of this news coming out of Russia we still know very little about the country. As Americans, we have a very veiled and distorted view of what goes on behind the iron curtain. So what is the best way to get a perspective on these secretive people? Look at their mass media.

Below is an ad that is banned from state-run Russian television. We have watched this tampon commercial repeatedly in the TMRZoo.com offices and have been challenged to find anything offensive about it. In actuality, the clip is educational and could save lives. It is widely known that you wait a half hour after eating before you swim. For women there are some times of the month when they should not swim at all, as you can see from the clip below. The bottomline is this ad could save lives!

Miss USA 2010 Contestants Are Already In A Photo Scandal