With Donkey Kong Country: Tropical Freeze getting called out a bit last week for offering few new ideas that differentiate it from its prequel (not my opinion, just a tidbit from a few reviews), I think this is a good time to break down game sequels and what people generally seem to look for in a good sequel.

From what I’ve read online, not this.

Ultimately, outside of sports games, I think there are three types of sequels:

I’m immediately dismissing The Totally Unrelated Sequel from this discussion. Even though those may be fantastic games, they truly exist under an umbrella title. The world of one Final Fantasy has nothing to do with the next numbered Final Fantasy and everyone knows this to be the case. Therefore, the game developers have more freedom in changing up gameplay elements without alienating fans. I could probably have called these Sequels in Name Only.

Okay, so Final Fantasy games all seem to have dragons in common.

While I’m not going to entirely dismiss The Change Up Everything Sequel, it’s worth pointing out that games like Zelda II: The Adventure of Link and Castlevania II: Simon’s Quest are generally viewed as the “weak link” of their series. For the record, I think both of these are better than their namesakes, but I’m trying to think in terms of general popularity for this post. In regards to the general opinion, I think most gamers don’t want radical changes in their sequels.

Yes, I still think it’s better than the original.

This leaves us with The More of the Same Sequel. Extremely successful game series such as Call of Duty, and older titles such as Mega Man, mentioned above, indicate that what gamers want in a game is a few gameplay tweaks with a new skin pulled over them. There is really nothing wrong with this. Movies work in much the same fashion. Besides, if I play a great game, why would I not want more of that game. When Metroid Prime 2 came out, I would have been extremely disappointed had it played in a manner similar to Other M. It was Metroid Prime 2, so I wanted a game that played like Metroid Prime, and I wasn’t disappointed. 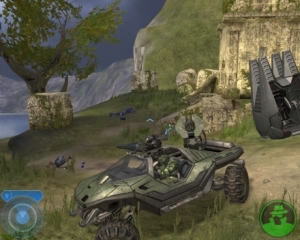 Anyone want to pick which Halo this is from?

This brings us full circle to the criticism of Tropical Freeze being just more of the same. I will defend reviews that state this, so long as it is a consistent criticism. There are people that genuinely don’t like for sequels to stay within the boundaries of their predecessors. The primary problem with this criticism isn’t hypocrisy, but the fact that sequels that color within the lines will, as a general rule, sell better than a new IP or a radically changed sequel. Why innovate too much if you have a successful series on your hands? A look at a list of best selling games will confirm this. The top 30 (all time) list has multiple entries for Pokemon, Call of Duty, and Grand Theft Auto sequels and I’m sure that a glimpse of the top 100 would reveal even more names, such as Castlevania (the GBA & DS titles), the Batman Arkham games, Halo, Bioshock, and Dead Space, just to name a very few. When you hit upon a winning formula, it would be foolish, from a business point of view, to not milk it for as long as it works. Yes, it can be irritating to see an original game or idea flounder while a game with a new coat of paint moves millions (think The Wonderful 101 versus Call of Duty: Ghosts), but such is the landscape of gaming.

I want to reiterate that I’m not calling out similar sequels as a bad thing. Many of the games I love fall into that category. At the same time, I can see the frustration behind a game being called out for that when so many others are guilty of the same. Especially when it seems that some games get a pass, whether that’s a true pass or simply an implication because it isn’t directly addressed in a review. Whenever this does begin to eat at me (not very often), I step back and remember my love for the Metroid Prime trilogy. How is it any different from any other sequel that doesn’t push the boundaries of the series gameplay? It’s not, and even though I’m not a Call of Duty fan, millions are, and are just as excited by a sequel to their game as I would be to see a new Prime game coming down the pipeline. 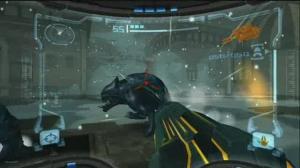 Chris Pureka: How I Learned To See In The Dark