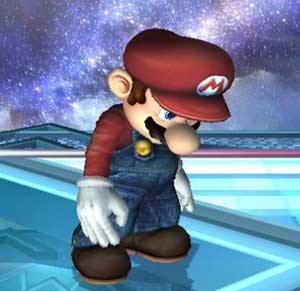 Ladies and Gentlemen, I am a hypocrite. I hate to acknowledge it, but it’s true. See, I have, multiple times in the past, called out some of my fellow gamers for playing through games they actively disliked. I don’t mean to say that I was rude or confrontational about it, I just questioned why they would play through a game they had decided they didn’t like. I couldn’t understand it. When I don’t like a game, I stop playing. Excepting, of course, situations where it’s only a segment of an otherwise fun game that is annoying. Anyway, as I was saying, I’ve questioned people for doing this in the past…then this happened:

My quest to get through all of the X games has stalled a bit, both b/c I’m selling my house/moving, and b/c Mega Man X7 kinda sucks.

It is just a completely unenjoyable game, and I was only finishing it b/c I felt compelled to play through all of them. #MegaManX #X7

As those of you that follow this blog (despite my recent hiatus) know, I’ve been playing through the Mega Man X series. After getting to Mega Man X7, I stopped this quest. Mega Man X7 is awful, as I Tweeted out above, yet I actually beat all the bosses and the first two Sigma levels before having enough. I realized that I was playing it for purposes other than enjoyment. I was only doing so because I had a feeling of duty to do so. 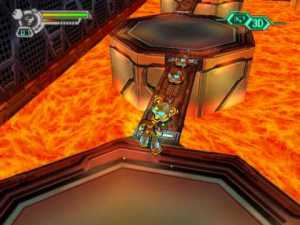 The problem with this is, who do I have the duty to? I have followers on Twitter and on here that I’ve communicated my intentions to, but I feel confident that they hardly see it as a contract that I complete all 8 games (and, for the record, I have completed all 8 in the past). I mean, no one is going to care that I didn’t have the patience or desire to complete a game. So why did I feel that I had to?

I know I’m making this sound like a much more important issue than it is, but it was one of those situations for me where I realized a few things. Firstly, anyone can fall into a situation of playing a game for a purpose, rather than for pleasure. I’m speaking of gamers outside of reviewers that must play the games in order to do their job. On a side note, I would not want to be a professional reviewer. I suspect I’d become very jaded and might stop enjoying video games at all. When something becomes a job rather than a pastime, the joy is easily sucked away.

Secondly, and the more important of the two, I was reminded of just how little free time I have now, and how I was wasting it away trudging through a game I didn’t like, and suspected I wouldn’t like before I started playing through it (as I stated, I’ve played through it before, but thought I may find it more fun the second time around). On top of my limited free time (due to work demands as I’m now self-employed and an impending move in about a month), I also have a rather large backlog of games as well as some newer games I’d truly love to play. Games such as Fable Anniversary, The Evil Within, Hyrule Warriors, and Alien: Isolation are some that have been on my radar for a while. 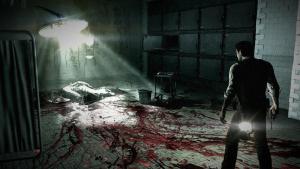 , I realize this is a first world problem of the highest degree, but for the purposes of this blog, it’s a relevant topic. As I said at the beginning of this post, I’m a hypocrite. I could never understand why someone would let gaming become a duty…until I did. It’s an extremely easy trap to fall into. Yes, I consider it a trap. Games are like books and movies, except the time commitment is generally larger. I can watch a movie and be disappointed in it, but in the end, I’ve lost only an hour and a half (and, in the case of Solaris, $20 I’ll never see again). Books, a bit more time, but then I’ve only trudged through one book I didn’t care for, and that was The Witching Hour by Anne Rice. I just kept hoping it would get better. I guess that hope can be an excuse for continuing through a bad game, except with games, rarely do they change or improve as the game continues on. Most likely, they stay on the same path. If you don’t care for the first few hours, chances are, you will not care for the last few either.

At 32, I have responsibilities and duties that reduce my gaming time to a few hours per week. I genuinely love playing video games, so I cannot let that time go to waste. Gaming should be for fun, in my life. I have no job situation related to it, so I cannot let it become something I dread. And trust me, Mega Man X7 is a game to dread playing if ever there were one.

COMIC-CON 2010 – Batman: The Brave and the Bold Gameplay Trailer