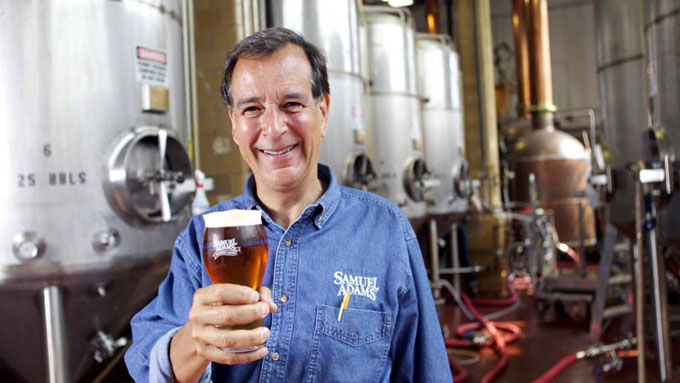 In the spirit of brotherly love, we’ve teamed up with our lager-loving neighbor Jack’s Abby, to cheer for New England and wager a friendly bet against the underdogs, Victory Brewing Company and Yuengling. Check out the Twitter Smackdown here. We’re confident that we’ll be kickin’ back with a 6-pack watching the 6th ring be awarded to our team, while Victory and Yuengling honor the true GOATs.

What does Jim Koch, founder & brewer of Samuel Adams, think?

“Like last year, we’re behind New England all the way as they head to the big game.  To put our beer where our mouth is, we’re wagering a brewer’s bet with our lager-loving friends at The Abby against underdogs, Victory Brewing and Yuengling. We know this one’s not going to be easy. Watching a thrilling game with a great craft beer in hand never gets old and we hope to watch Goodell hand over another trophy our favorite New England team.”

What does Jack’s Abby think?

“At Jack’s Abby, we think New England football is like New England beer – world class.  Brewers are no strangers to the ‘no days off’ mentality so it makes perfect sense to wager on the game with our friends at Sam Adams, Yuengling, and Victory.  New England knows how to get the job done, and we’re happy to bet our beer on it!” – Jack Hendler, Co-Owner and Brewer

What does Yuengling think?

“We’re are excited for our hometown team and this friendly wager with Sam Adams, Victory and The Abby as a fun way for Philly and Boston football fans to show their passion for great beer during the big game.” – Jennifer Yuengling, VP of Operations of D.G. Yuengling & Son, Inc. Yuengling is America’s Oldest Brewery, family owned and operated in Pottsville, PA since 1829.

What does Victory think?

“I feel like we picked the best team of beer buds on the field and now we raise our glasses in friendly competition. Cheers to our fans, the everyday winners who thirst for craft beer Victory!”– Bill Covaleski, Co-Founder of Victory  Brewing Co.

“The birds have been underdogs for quite some time and there’s nothing we’d like more than to see them taste victory! Especially now that there’s a friendly wager in place! The passion that all of us brewers put behind brewing quality craft beer is only amplified when it meets a day as passionate as Sunday will be. Like the majority of Philly born and bred Eagles’ fans, we’re proud of our homegrown roots. So much so that we named our newest beer Home Grown. And you can guarantee we’ll be raising our glasses of Home Grown to these local legends this Sunday. On the road to Victory!” – Ron Barchet, Co-Founder of Victory Brewing Co.

For Boston-area fans: If the New England wins the Championship, fans over 21+ can stop by our Samuel Adams Boston Brewery Tap Room on Monday (Feb. 5th) wearing New England gear and celebrate the win with a beverage on us. GO TEAM!

We’ll be sure to keep you posted on the bet and if you want in on the friendly competitive competition, check out www.twitter.com/samueladamsbeer.