Forty-five years after their debut album, The Fifth Estate re-emerges with a 14-song CD titled Time Tunnel. Although they haven’t recorded a new album together since 1967’s Ding Dong! The Witch Is Dead, The Fifth Estate returns with three founding members along with a late 1960s recruit. That’s an amazingly stable lineup after so many years.

Vaulted into the national spotlight with their inspired baroque-pop interpretation of “Ding Dong! The Witch Is Dead” from The Wizard Of Oz, the Connecticut-based quintet recorded Anglo-pop, garage rock, psychedelia, and folk rock during the mid-to-late 1960s. Today, The Fifth Estate pick up right where they left off, cleverly referencing the 1966-67 sci-fi television series Time Tunnel on their album title and cover art.

The disc opens with its title track, an imaginative guitar-powered slice of psychedelic punk whose sound transports listeners to a late ’60s paisley-colored world. “Time Tunnel” is followed by “It’s Not Right,” a punchy new garage rock standard that is the album’s featured single. Like all 14 tracks, these two songs are composed by the four musicians who currently make up The Fifth Estate.

Ken Evans, who produced the CD in collaboration with famed Who/Kinks producer Shel Talmy, kicks off “Rockin’ Tonight” with his pounding drums paving the way for some upbeat, straight-ahead rock ‘n’ roll. Bass guitarist Doug Ferrara fingers the incredible running bass lines that power “Just Talk,” a blazing R&B-based garage-rocker that would have crowded the dance floor at Trude Heller’s, a New York City nightspot the group gigged at during its earlier incarnation. Lead guitarist and vocalist Rick Engler never misses the chance to step up, whether crafting sizzling licks on the Tom Petty-influenced “Missing Something,” unleashing heavy acid rock riffs on “Supreme Confusion,” or reprising his perfect Searchers-style guitar figures on “You Came Along.” Rejoining to the group after his brief late 1960s stint, Bob Klein shares vocal duties, plays piano, and adds harpsichord to the psych-pop “Enchanted.”

The Fifth Estate expands the musical styles of the ’60s with their flower-power vocal harmonies on “One Of A Kind,” their Beatlesque guitar textures on “Missing Something,” and their chiming folk-rock on “Things Change,” a terrific song crowned by its irresistible chorus.

Time Tunnel proves, beyond all doubt, that The Fifth Estate is back. Let’s hope we need not wait another 45 years for their next album. (www.thefifhestateinfo.com) 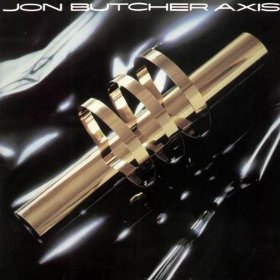