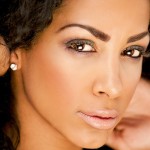 Lashawna Threatt fell five stories on to a sunroom roof, she was dead before help could reach her. Atlanta Police Department’s homicide unit’s spokesman Paul Guerrucci said “They were play wrestling and the next thing you know, they went toward the window and through the window and out they went,” Guerrucci added “According to the witnesses, there was no arguing during the hours leading up to this, either, so it’s really a tragic accident,”

According to reports a group of at least 20 were celebrating LaShawna M. Threatt’s 30th birthday on the rooftop of the W hotel in Atlanta. Unfortunately now one friend is in the hospital clinging for life and they have to plan a funeral for the other.

Hotel manager Michael O’Donohue issued the statement “The incident at the W Atlanta early Saturday is very tragic and our thoughts and prayers are with the woman who was injured and the family and friends of the woman who died in the fall,”

As you can tell by these photos Lashawna M. Threatt had a promising career in modeling.