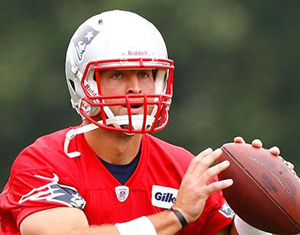 Tim Tebow just will not go away, until now. ProFootballTalk.com is reporting that the Moscow Black Storm, an American Football team in Russia has put out an offer to the former Heisman Trophy winner. Mikhail Zaltsman owner of the Russian franchise told the government controlled media outlet Russia Beyond the Headlines “We have offered him $1 million for two games,” “I talked with him personally and he wanted to go.”

This is not the first time we have heard an alternative league say they were in negotiations with Tebow. Just last week L.A. KISS owner and heavy metal bassist extraordinaire Gene Simmons made the same claim.

Zaltsman is hoping Tebow can clinch the semifinal against the Moscow Patriots (not making this up) and make Mother Russia victorious in the American Football Championship of Russia on September 28.

This could be Tim Tebow’s chance at redemption against the Patriots, even though the teams are separated by 4,500 miles. An educated guess would say the teams are maybe even further apart when it comes to talent.

A million dollars is life-changing money for most people, will Tim Tebow turn down that kind of money for a couple of weeks of work? In the event he does bring home the Lenin Trophy (I doubt they call it the Lombardi) the endorsement deals and public appearance fees could be a windfall.

Week 10 NFL Players of the Week: Michael Vick is NFC’s...

Lady Gaga Cancels Shows In The Northeast To The Delight of...