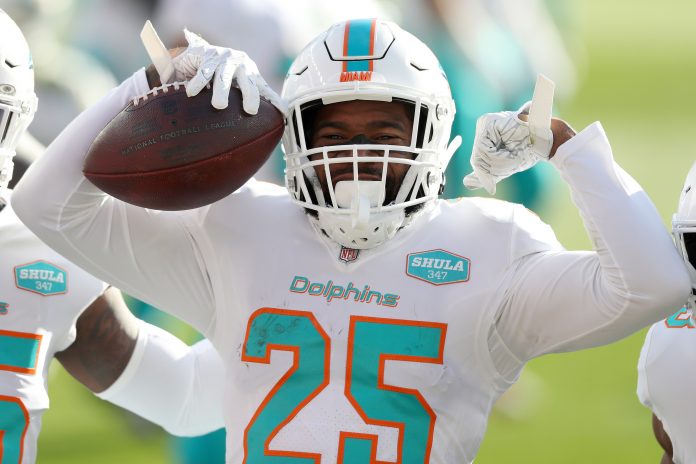 The 2022 Pro Bowl presented by Verizon will be played at Allegiant Stadium in Las Vegas on Sunday, February 6, at 3:00 PM ET and will be televised on ESPN and ESPN Deportes and simulcast on ABC and Disney XD, with Steve Levy, Brian Griese, Louis Riddick and Lisa Salters on the call. Tickets are available now on ProBowl.com and will allow fans special benefits on gameday including access to the Pro Bowl Red Carpet presented by Caesars Sportsbook and other family friendly activities.

The 2022 Pro Bowl will continue to serve as a platform for innovation and will be implementing the Spot and Choose method proposed to the Competition Committee by the Baltimore Ravens at the beginning of the game (after the coin toss) and at the start of the second half for this game only. The Spot and Choose method will also be implemented should the 2022 Pro Bowl go to overtime.

At the start of the game, the Referee, in the presence of the head coach or captains of both teams, shall toss a coin at the center of the field. Prior to the Referee’s toss, the call of “heads” or “tails” must be made by the head coach or captain of the visiting team. The winner of the toss must choose between one of the two privileges, and the loser of the toss is given the other. The two privileges are:

Regardless of which privilege is chosen by the winner of the toss, Privilege A (Spot) is to be exercised before Privilege B (Choose), so that the selection of whether to play offense or defense is made after the starting field position is chosen.

To start the second half, the loser of the start-of-game coin toss has the option to choose one of the two privileges, with the other team given the other.

The 2022 Pro Bowl will continue with two rule changes from previous years.

Following a successful field goal or try attempt, the scoring team (Team A), has the following options:

If Team A is successful in making a first down, Team A will maintain possession and a new series of downs will continue as normal.

If Team A is unsuccessful in making a first down, the result will be a turnover on downs and Team B will take possession at the dead ball spot.

Additionally, a 35/25 second play clock will be used instead of the normal 40/25 second clock. After an incomplete pass the game clock will start on the Referee’s signal, except inside the last two minutes of the first half and the last five minutes of the second half. Within the normal timing rules, the game clock does not start after an incomplete pass.

For the fifth time, Pro Bowlers from the AFC and NFC will compete against each other in unique competitions at the PRO BOWL SKILLS SHOWDOWN, a made for television event, which airs on Thursday, February 3, at 7:00 PM ET on ESPN and simulcast on Disney XD. New this year, the All-Stars will compete in Best Catch delivered with Uber Eats and Fastest Man presented by NFL All Day, in addition to Precision Passing, Thread the Needle and Epic Pro Bowl Dodgeball.

Roster selections are determined by the consensus votes of fans, players and coaches. Each group’s vote counts one-third toward determining the 88 All-Star players. The NFL is the only sports league that combines voting by fans, coaches and players to determine its All-Stars. It was also the first professional sports league to offer online All-Star voting in 1995.