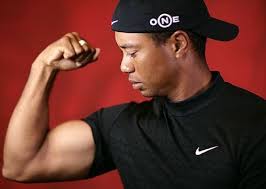 It appears that there is no foreseeable end to this currently-playing-out Tiger Woods drama and the recently uncovered issues in his personal life. It was the one-car “accident” involving Woods’ Cadillac Escalade that raised many a red flag in both the reputable and tabloid media sources. Shortly thereafter, Tiger released a statement on his personal website expressing his regret over unspecified “transgressions”. Now, in recent reports, his mother-in-law, Barbro Holmberg, was rushed from Woods’ Florida residence via ambulance, for unspecified reasons.

File that last one one under T… for Things that make you go, hmmmmmm.

It didn’t take long for Tiger Woods’ “stable” of bitches to start emerging from the woodwork to solidify their involvement in this latest soap opera episode that the country cannot seem to get enough of. Lost in these series of events is the fact that this website, and this reporter, broke the story that Tiger Woods eats at least one kitten before each and every tournament… and will continue to do so.

The word from the Woods’ camp is that even after all of the attention he has garnered over these past few weeks, he has no intention of stopping this controversial pre-tournament ritual.

While all other media outlets are worried about who and how many women are on the roster, TMR will still continue to focus on the kittens.

Stay tuned as this story continues to develop.

Week 9 NFL Players of the Week Include Michael Vick and...