Could Jonah And Kate Plus 8 Be The Next Stop For Kate Gosselin? Could The World’s Largest Penis Get Kate Gosselin Back On The Dating Market?

After a widely publicized divorce from her husband Jon, reality TV queen Kate Gosselin is retuning to television to further pimp out her kids. The reality TV show “Jon and Kate Plus Eight” is heading into a new season Tuesday with the reworked title “Kate Plus 8”.

The show will now center around single mother Kate and her 8 adorable children. When asked about a new love interest in an interview with TODAY’s Meredith Vieira Friday in New York Kate said “I don’t feel like it’s time. I feel like my kids need so much of me, that I need to be there with them,” …“Personally I don’t feel ready to move forward.”

That is bullshit. We are sure if the right guy presented himself Kate would move forward. With that in mind the right guy would also have to be insta-dad to eight kids. Still there are plenty of great guys out there for Kate to date.

Here are our top step-dads picks for Kate’s 8 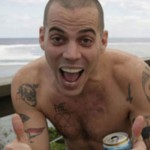 Steve O – The Jackass star and drug addled stunt clown would be perfect for Kate. In Kate’s show “Twist of Kate” she “meet real families in the middle of their own extraordinary challenges.” Well our boy Steve – O has challenges. Could Kate turn Steve-O around in one season and turn him into a model step daddy? If not it is always entertaining watching Steve-O staple his testicles to his thigh. That never gets old. Must see TV.

Kobe Bryant – Yeah I know what you are thinking Kobe is married, but does it really matter? If he buys his wife jewelry she lets him do anything he wants. I could see the Lakers star having some interesting pillow talk with Kate. I bet it would go along the lines of

Justin Bieber’s Mom – Yes this is the second list in a row that we included Justin Bieber’s mom. We were thinking we could get the “Justin Has Two Moms” vibe going on with the show. Plus how cool would those eight kids look all with Justin Bieber haircuts. It would look like some kind of bizarre Slim Shady video.

Artie Lange – I think we all miss hearing the the Howard Stern sideman on the radio. What better way for Artie to slowly wade back into the waters of celebrity than a reality show. I would imagine that after one hour of 8 screaming brats, Artie would be back on the bottle. That is when the real show would start.

Jonah Falcon – TMR Zoo.com’s resident game guru is the perfect match for Kate. Jonah has appeared in A Beautiful Mind with Kevin Spacey and on the Sopranos on HBO. Staring with Kate Gosslin on her show would be the perfect gig for Jonah. Being a hardcore gamer Jonah would be great with the kids. Those kids would get first peak at every cool video game that came down the pike. Once the kiddies get tucked in and it is Kate’s time wont she be in for a treat.

For those of you unfamiliar with our gaming guru, Jonah has the biggest dick recorded on film. Jonah’s love sausage (great band name) has been the subject of documentaries on HBO and the BBC. This monster cock is 9 inches flaccid and 13 ½ inches when erect.

Seeing Kate has pushed out 8 kids Jonah may be the only on left able to hit the sides on Kate’s well traveled vagina. I don’t care how much vaginal rejuvenation surgery she gets, no one is bouncing back from 8 kids.

Jonah has the acting chops to do the show and the ability to hit the bottom of Kate Gosslin’s cavernous baby maker. “I think Jonah and Kate Plus 13 ½” could be the breakout hit of the year.

So Kate if you are interested have your people call our people. We have 13 1/2 inches of penis waiting for you. 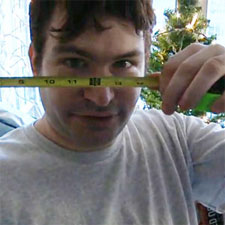 Jonah Falcon and His Penis on the Howard Stern Show (VIDEO)